When you are diagnosed with a chronic disease, chances are you’ll have to manage it for the rest of your life. This means changing your lifestyle and taking medications as directed.

Many find this challenging. In fact, within a year of being diagnosed with a chronic condition, only 50% of patients still take their medications correctly.

Some have stopped altogether. These patients can unwittingly put themselves at greater risk of heart attack, stroke or premature death.

At The George Institute for Global Health we are trying to prevent this from happening through a simple SMS program that has seen us make the top 10 of this year’s Google Impact Challenge. 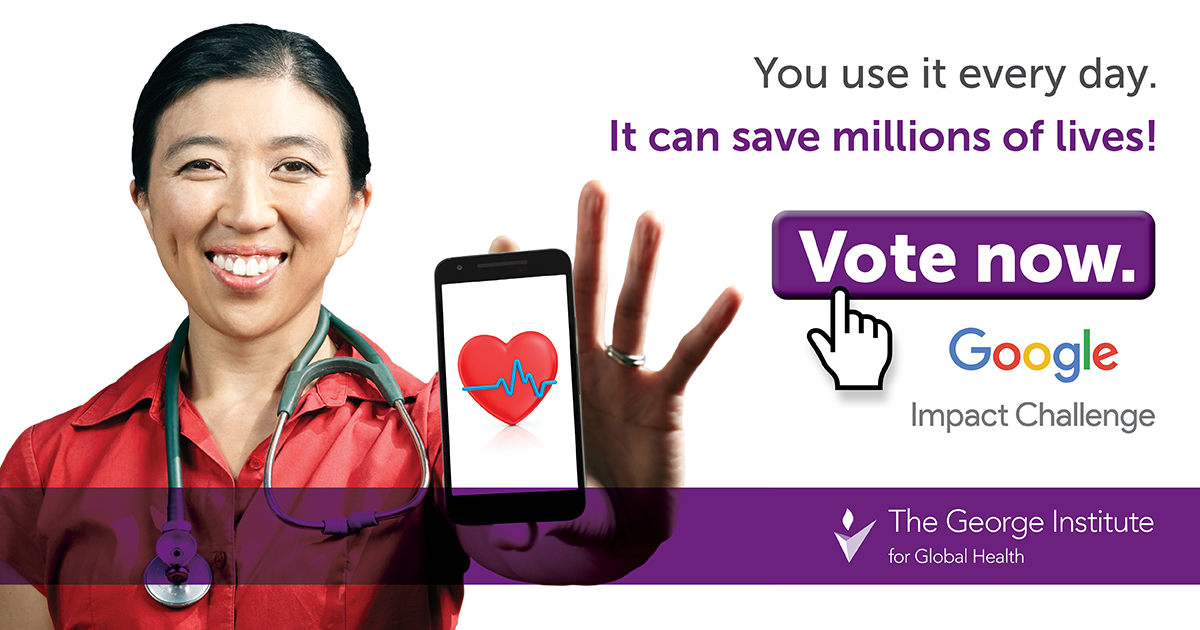 Why you should take your medication

Chronic conditions such as cardiovascular disease, diabetes, cancers, arthritis and high blood pressure are on the rise all over the world.

They are the leading cause of illness, disability and death in this country, estimated to cost A$27 billion each year. Currently about half of all Australians have a chronic illness.

As a cardiovascular specialist, I see patients living with heart disease every day. They may have survived their first heart attack but are now at greater risk of having a second.

We do everything we can to prevent that second, often fatal, attack by encouraging people to change their lifestyle and, just as importantly, to take their medications as directed.

This is because poor adherence to a medication routine – when patients don’t take their medications consistently or just stop taking them altogether – is naturally associated with worse health outcomes.

One study showed survivors of a heart attack who adhered poorly to cholesterol-lowering drugs (statins) had a 25% higher risk of a fatal heart attack one year on.

Why don’t people take their medication and adapt their lifestyles?

Many people with a chronic illnesses don’t always feel sick. Medications are intended to prevent their condition from worsening rather than to make them feel better in the short run. Because they don’t feel immediate benefits, it’s easy to think the medications are not working, which can lead to patients stopping them altogether.

For some, it’s the cost factor. Studies looking at cholesterol-lowering statins have shown higher prices are associated with lower adherence.

We found text messaging doubled the odds of patients with chronic diseases sticking to their medication program.

Those with chronic diseases are often on multiple medications. Some of these they have to take once a day, some twice a day, others with meals, some before meals – all of this makes for a complex routine that can be confusing to follow.

Not having convenient access to a pharmacy can also be a barrier to medication adherence. This is usually a problem for the more vulnerable, such as those on a pension, those from a lower socioeconomic background, shift workers, those dependent on others for transport and those who have mobility problems.

And finally, there are people who are wary of drugs and perceived side effects.

When it comes to lifestyle changes I think we all know the importance of diet, exercise and stopping smoking. But it very difficult to change habits of a lifetime. And when someone is diagnosed with a chronic disease or hospitalised it’s a very stressful time and they can be bombarded with lots of information which can be very difficult to absorb.

Even those who do start making changes such as increasing their daily steps, or cutting down on unhealthy fats, it can be hard to maintain for the long term and all too easy to slip into unhealthy habits again.

How we can improve medication adherence and lifestyle change?

Patients need support and encouragement to take their medications, exercise regularly, stop smoking and eat healthily and we have now proved SMS messaging is a simple, cheap and seemingly effective way to keep them on track.

The George Institute ran a study with 700 heart attack survivors. Half were sent four reminder messages a week for six months, while the rest received usual care. 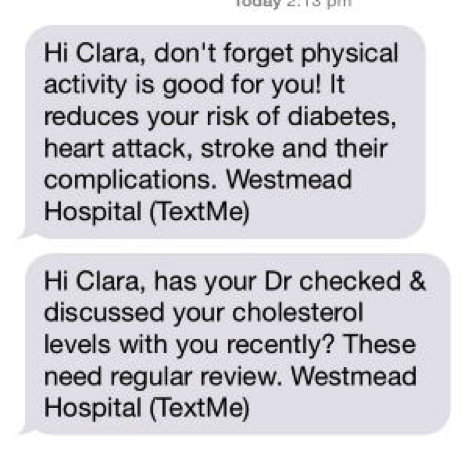 The effect on blood pressure was similar to that seen in trials of blood pressure medications, the research published in the prestigious Journal of the American Medical Association, showed.

We believe it wasn't just about what that message said, but the fact someone was supporting them which made all the difference. One person on the trial said it felt like he had a friend there helping him along, that they understood what he was going through.

The way the text message alerts worked in the studies were varied. In one, patients were sent a text when they failed to open a medication dispenser; others were sent personalised texts at predetermined times about specific medications and dosages. Some were sent daily, others weekly.

Regardless of the method, we found text messaging doubled the odds of patients with chronic diseases sticking to their medication program.

We have proved text messaging can save lives and improve the wellbeing of people with all sorts of chronic diseases – from diabetes to stoke, to kidney disease, back pain and cancer.

Our next step is to roll out a program for chronic disease, called TEXTCARE. We will start in Australia, China and India, reaching millions of people, and then take this globally.

We chose text messages because almost everyone on the planet has a mobile phone – from the streets of Sydney to the paddy fields of China. And, it’s an incredibly cheap technology that is easy to use and people can access even without a smart phone.

These texts cost just ten cents each in Australia. With chronic disease estimated to top $US 43 trillion by 2030, this program will not only save lives, it’s cost saving too. Almost unheard of in modern medicine.

The George Institute for Global Health is in the top 10 of this year’s Google Impact Challenge for its TEXTCARE program. VOTE HERE to help us win $750,000 and YOU can get this life saving and life changing text messaging project up and running within just 18 months.

This is an updated version of an article that appeared in The Conversation in March 2016.