Sepsis is a common, potentially life-threatening condition that you might never have heard about. And even if you have, you might not know what to look out for.

Sepsis, the organ dysfunction that occurs in response to infection, is the cause of one in five deaths worldwide. The highest incidence and sepsis-related mortality occurs in low-and middle sociodemographic index regions, yet there is limited understanding of socioeconomic disparity in the risk of developing sepsis.

A paper published this week in Critical Care and Resuscitation offers key insights and helps to fill this evidence gap. It is the first population level study to assess the incidence and outcomes of sepsis in Aboriginal and Torres Strait Islander and non-Indigenous Australians (Crit Care Resusc 2021; 23 (3): 337-345).

“Working with communities to address the social and cultural determinants of health, like the prevalent systemic racism in Australian society, is key to improving health.”

Dr Julieann Coombes, Research Fellow in the Aboriginal & Torres Strait Islander Health Program, is another author of the paper.

Dr Coombes said, “Strategies to reduce sepsis should target modifiable risk factors, including addressing disparity in the social and cultural determinants of health among Aboriginal and Torres Strait Islander peoples.

Despite Aboriginal and Torres Strait Islander Australians having a disproportionally higher burden of non-communicable and communicable diseases than non-Indigenous Australians, there is limited epidemiological data to describe sepsis in this priority population. This paper contributes to understanding by looking at the incidence of sepsis hospitalisations, and hospital associated resource use and mortality in Aboriginal and Torres Strait Islander adults in Australia’s most populous state, New South Wales (NSW).

This paper also provided the data for a new economic modelling report on the Cost of Sepsis in Australia enabling new estimates on the total annual cost of sepsis in Australia ($4.8bn with direct hospital costs accounting for $700m a year). 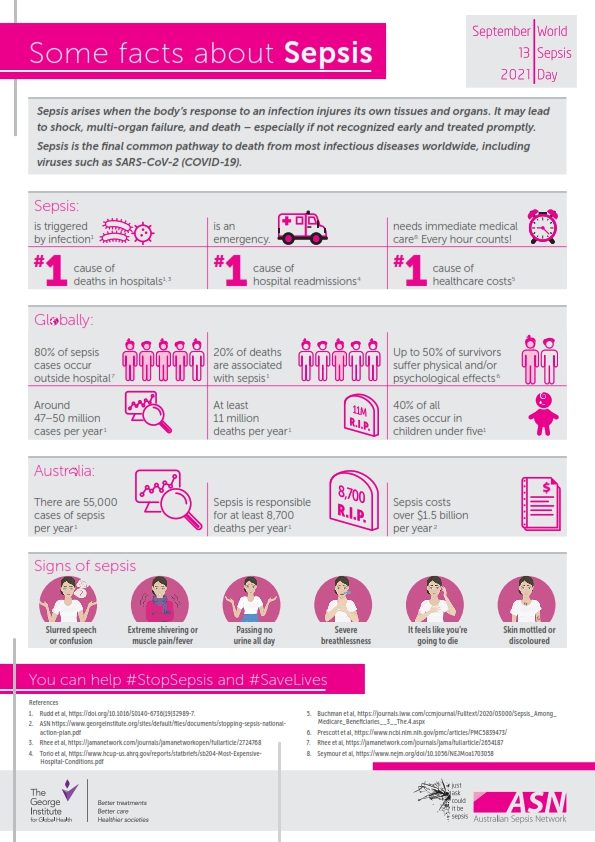