In August, the 2014 John Yu Oration and Award will be hosted by The George Institute for Global Health. The Award, created in recognition of Dr John Yu AC, celebrates the former Chair’s leadership and passion for the Institute’s work. Dr Yu’s devotion to promoting cultural, educational and scientific relationships between Australia and Asia was paramount in the growth of the Institute and this Award acknowledges his outstanding service.

This year’s Oration will be delivered by Sir Gustav Nossal AC CBE, one of Australia’s national living treasures. An internationally renowned scientist and leader in the Australian medical and scientific community, Sir Gustav has received numerous awards and recognitions throughout his career. He was knighted in 1977 for his ground-breaking work in immunology and made a companion of the Order of Australia in 1989.

The prestigious event will take place on the 28th of August at the State Library of NSW. Amongst recognised political dignitaries; the Institute anticipates attendance from some of Australia’s major commercial and private industry leaders.

END_OF_DOCUMENT_TOKEN_TO_BE_REPLACED 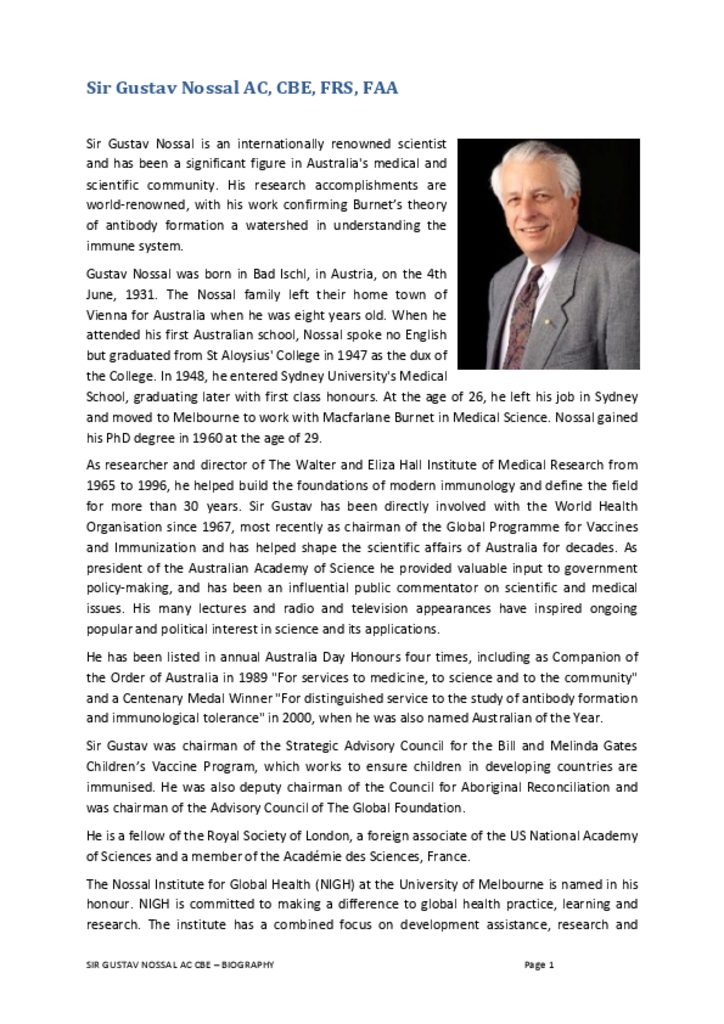