As Australia marks #strokeweek2021, Dr Delcourt explains the life-saving potential of the new STARS trial she is beginning work on. STARS stands for Safety and Tolerability of AZD6482 in Reperfusion for Stroke. The trial, in collaboration with Prof Shaun Jackson and his team from the Heart Research Institute, has just received MRFF funding to test a new drug that will improve the outcome of stroke patients.

A stroke is death of some part of the brain because not enough blood is reaching it.   When brain cells are deprived of blood flow, they very quickly die from a lack of oxygen and sugar. Once brain cells are dead, they are gone forever - we cannot grow new ones. There are two types of stroke:

1. Ischaemic stroke - when a blood vessel carrying blood to the brain is blocked, and

2. Haemorrhagic stroke - when a blood vessel ruptures and there is bleeding into the brain.

What is the burden of the disease, globally and nationally?

There are about 14 million new strokes per year globally and 20,000 in Australia. Every 19 minutes, an Australian will have a stroke, with Australians in regional areas at higher risk than people living in large cities. More than 400,000 Australians are currently living with the after-effects of a stroke. Most strokes in Australia are ischaemic - our STARS project is looking at improving the outcome from this type of stroke.

Can you tell us about your new study?

We have been very fortunate to develop a collaboration with Prof Shaun Jackson and his team from the Heart Research Institute. In an Australian first, they have developed a new type of aspirin which causes less bleeding than conventional aspirin and also shows promising results in terms of its effects. Together with the Heart Research Institute team and key investigators from the Australian stroke community, we have been successful in obtaining government funding to conduct the first trial of this 'special' aspirin in patients with acute ischaemic stroke.

What is this ‘special’ aspirin or drug?

AZD6482 is a novel antiplatelet agent with an entirely new mechanism of action. It is more effective than aspirin, but without the bleeding side effects. It has the unique ability of being able to be used with rtPA, (recombinant tissue plasminogen activator - the drug currently used to treat acute ischaemic stroke) without exacerbating bleeding, as seen in preclinical animal trials.

Could you explain the treatment of acute stroke and why the STARS project is important?

When someone presents with an acute ischaemic stroke, there are several treatments available. These treatments are aimed at opening the blocked blood vessel. They include intravenous thrombolysis, or more simply injecting a clot dissolving drug (rtPA) into a vein, and mechanical thrombectomy - using a small device to physically remove the clot from the blood vessel. Only about 20 percent of stroke patients are eligible for these treatments and not all of them do well.

These numbers highlight the urgent need for more effective therapies. This new drug has the potential to increase the likelihood of good recovery after an acute ischaemic stroke. The STARS trial aims to show that the drug will boost the effect of current treatment without causing bleeding. We will include about 48 patients in eight centres in Australia.

What can the outcomes mean for patients suffering from stroke in Australia and globally?

If the STARS project is successful, it will allow us to evaluate the new drug in a larger population to determine or confirm its efficacy. It has the potential to revolutionise the treatment of acute stroke in Australia and worldwide.

We are talking during National Stroke Week. In your view, what is the significance of this week?

National Stroke Week is an important time to raise awareness of the signs of stroke in the community. Early recognition of stroke signs significantly increases the chances of accessing treatment and having a good recovery. Communities need to recognise the signs of stroke and a useful tool to help with this is the FAST acronym: Facial drooping, Arm weakness, Speech difficulties and Time to call emergency services. 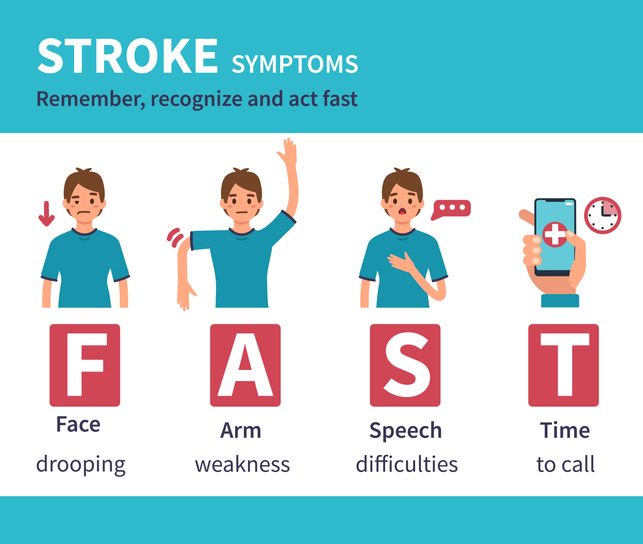 Early recognition of stroke signs significantly increases the chances of accessing treatment and having a good recovery.